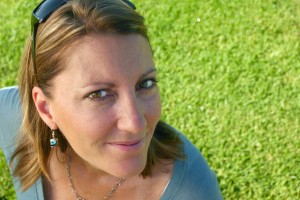 All Things Furry Pet Sitting in Pensacola was started by Sharon Hamilton in 2013. Sharon has a true passion for improving the lives of all the dogs and cats she can. As a dog handler in the military she gained appreciation for working with dogs, and has been a longtime pet owner. Currently her furry kids include 3 cats, a hamster, and a non furry crested gecko. Sharon is a staunch animal advocate and supporter of pet adoption centers.

Outside of the world of dogs and cats, Sharon is a mom to her only daughter, Nora, and wife to Randy whom she married in 2005. Pensacola has been her residence since 1999. Even after losing her residence in 2004 to Hurricane Ivan’s wrath, she toured the country in a motorhome with Randy, but returned back in 2007 to once again call Pensacola home. Originally from Baltimore, MD, Sharon has taken up roots in Pensacola for good.

Graduating from Pensacola Junior College Sharon began a career in physical therapy and massage therapy. But once her life changed forever by the birth of Nora, Sharon has been a stay-at-home mom and helps with the running of Randy’s freelance business, Hamilton Art Agency.

Her husband, Randy, is also a big animal lover as well, and supports her in her endeavors. Randy is a freelance designer and photographer that was born and raised in Cincinnati, OH who also moved down to Pensacola in 1999. After getting tied into the community, Randy too, decided to call Pensacola home.

When you leave your pets in her care, which are many people’s “children”, Sharon understands and respects how big of a responsibility it is to keep your pets well cared for. She will provide for them as if they were her own furry children.